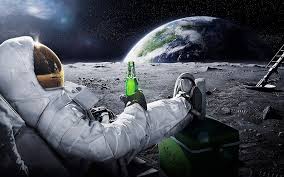 Quality is never an accident. It is always the result of intelligent effort. John Ruskin

Articles of the week

Best of the rest

The difficulties of scaled agile projects

10 Types of Dynamics 365 Project for IT Decision Makers

Getting around Delegated Admin Restrictions

Smart Buttons in the Ribbon Workbench

Everyday is a school day, yomi fields are for phonetic spelling

Trello board on better retrospectives

It’s Not Just Standing Up: Patterns for Daily Standup Meetings

Leadership That Gets Results

Five books every ScrumMaster should read

Béla Guttmann: the mastermind who was more than just a curse

To Everyone Who Asks For ‘Just A Little’ Of Your Time: Here’s What It Costs To Say Yes

everything Ryan Holiday wrote in 2016

how to improve success rates in NFL drafts

How to build a great team and culture

Many agile project require an increase in velocity to meet an earlier completion date, the common method is to add more people to the project.

These Brooks quotes, author of the Mythical man month are apt

Adding manpower to a late software project makes it later. Fred Brooks
The bearing of a child takes nine months, no matter how many women are assigned. Fred Brooks

Adding more resources (usually developers) to a project would seem sensible.  If one team have a velocity of 25 story points Sprint (Story points gets internally translated to days by 91 percent of the population #HoskWisdom).  So if there are 4 teams a velocity of 100 story points per sprint.

The reality is teams and individuals don’t start delivering 100 percent instantly because there are other factors to consider.

Increasing people on a project increases complexity of working, collaborating and communicating #HoskWisdom

These other factors have been explained by Brooks Law

Brooks points to the main factors that explain why it works this way:

The problems associated with adding new teams is ramping up, individuals need to learn/understand

A scrum team takes 2 sprints to get up to  speed, usually 50% efficiency for sprint 1 and 60/70% in Sprint 2.  When you add the added overhead of trying to collaborate with other teams this can slow new teams further and slow existing teams.

Deadlines are the common cause of adding more people to a project which adds more pressure to the project and the newly arriving people.

A big overhead is integrating the work from multiple teams into one solution, even with continuous integration there will be problems when bringing solutions together

InfoQ: Now that more and more larger organizations are using Scrum, the need for scaling increases. Can you give some suggestions how organizations can scale Scrum?

Sutherland: Scrum is designed to grow like a biological system. To create a baby, you need one good cell that replicates. If this cell is bad you have a lot of problems. So the challenge is to first get a single team successful to use as a model for other teams, then replicate it. As you grow, Scrum as large follows the same basic principles as Scrum in the small. If it doesn’t you have introduced waste into the system. You will build out organ systems, just as in the human body that have some specialization and need some training on how to handle cross team coordination, elevating impediments all the way to senior management, avoiding the introduction of unnecessary teams that can compromise performance, and scrumming the entire organization.

We have published several papers showing that a properly scaled Scrum can provide linear increases in global velocity, something never seen before in software development. However, you need to do Scrum really well to make this happen.

Having multiple teams adds the need for more communication and collaboration and managing dependencies between teams.

There are lots of different scaled agile frameworks, many of them discussed in article below

Most of the frameworks try to solve problems with shared resources between teams and collaboration between teams (Scrum of Scrums meeting).

If you want existing teams working efficiently, you must remove project level impediments before adding new teams.  When a team works well then try adding one more team at a time.

There are other reasons for project troubles

Big projects are difficult, hard and challenging and having people with experience of large projects helps.  There is pressure with big agile projects because sprinting and collaborating create conflicts and complexity.

Stick with the processes and aim to keep improving your processes and relationships.  Challenging projects are the most satisfying to deliver because you have to work hard and earn the achievement of a successfully delivered project.

Fifth, when schedule slippage is recognized, the natural (and traditional) response is to add manpower. Like dousing a fire with gasoline, this makes matters worse, much worse. More fire requires more gasoline, and thus begins a regenerative cycle which ends in disaster. [page 14]

How does a project get to be a year behind schedule? One day at a time. Fred Brooks

Positive thinking will let you use the ability which you have, and that is awesome. Zig Ziglar

Articles of the week

great article with some great link to show all fields, enable all fields, get record guid and links to other pages such as advanced find/solutions.

Azure functions are a useful tool to learn about, to help move long running processes out from Dynamics 365

Best of the week

Dynamics 365 – What does Include entity metadata do

Write a Live Code Analyzer for Your API

Why “Agile” and especially Scrum are terrible

What are story points

too cool for school – lego kanban board

Former Navy SEAL commanders explain why they still wake up at 4:30 a.m. — and why you should, too

4 WAYS TO PUSH THROUGH ADVERSITY AND FAILURE WITHOUT EGO

Start by doing what’s necessary; then do what’s possible; and suddenly you are doing the impossible. Francis of Assisi

The minute you stop learning new Microsoft Dynamics 365 functionality, you are falling behind #HoskWisdom

Once you replace negative thoughts with positive ones, you’ll start having positive results. Willie Nelson

The company that needs Microsoft Dynamics CRM, and hasn’t bought it, is already paying for it #HoskWisdom

I have written Dynamics CRM blogs for 6 years and this year I got the most views in a year 673873,  beating last years numbers 661057.  Thanks to all the people who read my blog posts and support the Hosk Dynamics CRM blog post.

I have written blog posts so long the default category is CRM 2011!

A lot of people have told me this year how the Hosk Dynamics CRM blog post has helped them which is great.

Here is a list of the most viewed blog post in 2016 (I am always tempted to write CRM 2016, that will now stop with Dynamics 365).  The views don’t include articles viewed on other sites.

I can’t change the direction of the wind, but I can adjust my sails to always reach my destination. Jimmy Dean

Thinking is difficult, which is why most people avoid it #HoskWisdom

Just when you think you understand Dynamics 365 it bamboozles you making you think your browsers broken.  I was trying to add a form to the Appointment entity, only to find the new form button was missing.

I tried it in different browsers but the create form button on appointment was refusing to appear.  I asked another developer to add a new appointment form but the button was missing for them too.

Here is custom form with the create form button

It has this interesting information and opinion

There is no New button or Save As button that is available on the following activities:

This is mostly likely is due to the binding of the information on the form fields to the Outlook client for Appointments and to Microsoft Social Engagement for the Social Activity. Custom versions of the form would likely endanger the integrity of the sync.

Why can’t I create new forms for the Appointment activity?

I wasn’t sure the reason for not being able to add appointment forms but Outlook integration would seem the most logical.

I was thinking the problem could have been the old forms which Microsoft haven’t updated yet, discussed in this blog post

What can you do?

The other option is to create a new entity.

If you are going to create a new entity it might be an activity,  read this blog post to understand what this means

Creating an activity will mean it appears under activities, you must need this functionality.

This made me pause to think if I needed the appointment functionality and when making entity changes it’s better to think longer and avoid a mistake because deleting things in Dynamics 365 is a slow painful business.  Much better to think hard and avoid creating entities incorrectly.

Dynamics 365 gives you the power to quickly and easily create entities but that doesn’t mean you should.

CRM Entity ownership – How do you decide?